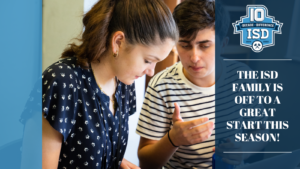 The ISD Family is off to a fantastic start this season and we’re so excited to celebrate their accomplishments!

New for the 2021-2022 season, we want to give students and coaches the opportunity to share additional accomplishments (and photos!) that we might miss in these posts. If you have a result that you want to share, please submit it at tinyurl.com/ISDspotlight and we will feature you on our social media platforms as a part of our Alumni Spotlight!

Congratulations to the following students and their coaches for these fantastic results:

At the University of Kentucky Season Opener:

At the Grapevine Classic:

At the Yale Invitational